Google Analytics 4, or GA4, is the fourth major release of Google Analytics since it was first released in November 2005. Google Analytics was born from the purchase of Urchin, a web statistics program, and has evolved 3 times since to become the most popular web analytics tool in the world. Check out how it evolved below: 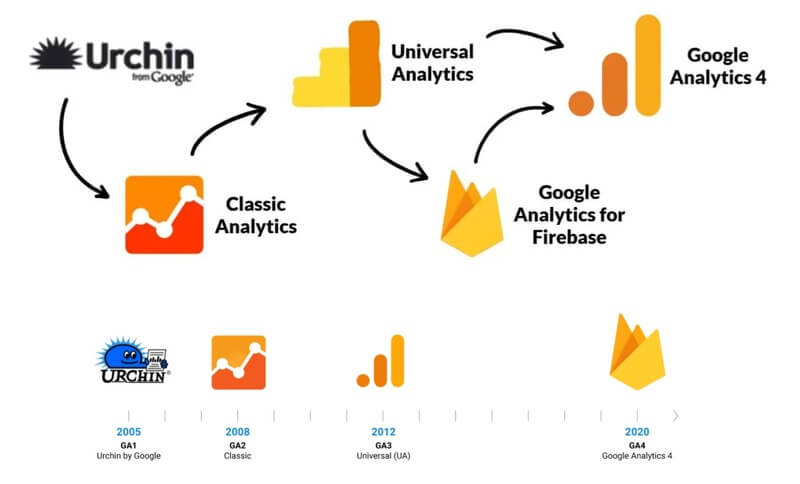 Today, Google Analytics 3, or GA3, is installed on more than 30 million websites and holds a market share of over 82%.

There is no doubt that it has become a huge success commercially, but a lot has happened over the past 10 years – and it hasn’t all been good news.

Read on to learn more about the latest version – GA4 – why it has been released now and what it means for your business.

Including, how to migrate over from GA3 with a Universal Analytics Property.

Google Analytics 4 is a privacy-focused analytics suite to meet the needs of a changing world.

GA4 will not only become the default form of Google Analytics but it will also become their only analytics offering from July 1st 2023.

As a result of this change everybody – businesses and individuals – currently using GA3 will need to switch over to GA4.

It will not happen automatically.

This means it will be a disruptive change which will lead to business impact. In this case the impact will be a sudden loss of your web analytics tracking new hits.

Therefore, preparing for this change well ahead of time is vital to ensure you remain in control of your website monitoring and smooth sailing continues. 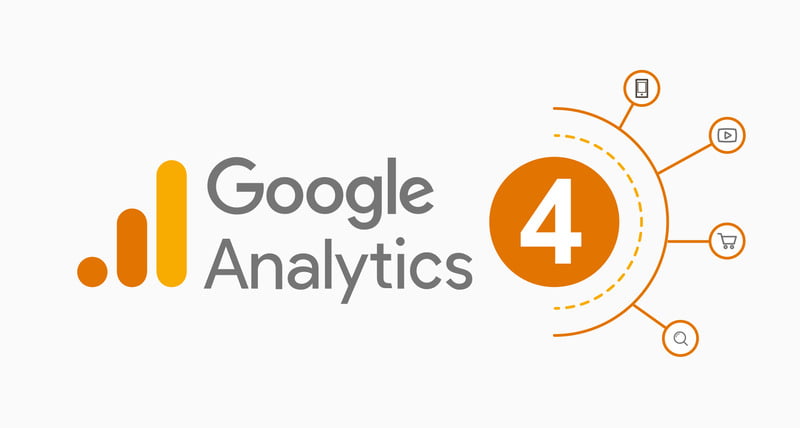 In this article, we are going to answer all the most important questions about GA4 so you are fully clued up about what’s coming and why. These include: 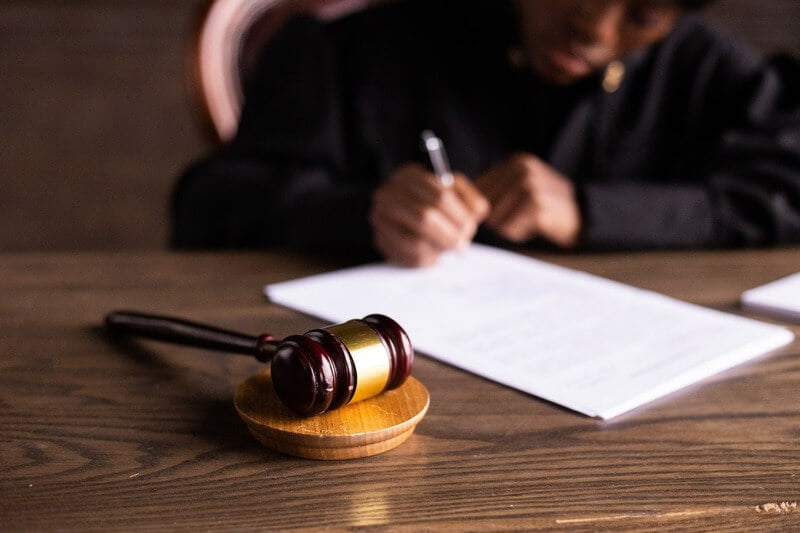 Because really, Google kinda had to.

Google first announced GA4 in 2019, this release has been planned for almost 4 years. Google wanted to build better and improve upon GA3, much like they had with it’s predecessor GA2.

GA4 was released in October 2022 and, in many ways, re-invents web analytics as we know it. A major factor in the timing of GA4’s release, was in the recent implementation of privacy laws.

Google Analytics is heavily used in these regions, more than anywhere else in the world, so this greatly influenced what their implementation resulted in.

It is due to these strict new data protection laws, things had to change.

Although the reasons for this ruling are complex, it all comes down to the where Google Analytics 3 stores the data and how it handles cookies, specifically third-party cookies. They ruled that GA3 does not go far enough to sufficiently protect personal data.

Germany was particularly concerned with Google Analytics 3, but didn’t go so far as to ban it even though there was speculation that they might. Instead they placed the responsibility on website owners to handle visitors cookies responsibly. So far though, no fines have been issued.

France has also taken it’s own approach to further reinforce it’s stance on Google Analytics by ordering a number of websites to remove it completely in 2022 – which was a bold step.

But it isn’t just about privacy laws, industry giants are weighing in too.

Apple have not publicly commented on Google Analytics and the privacy laws aspect. But they have announced during the roll out of iOS14 that they see the world as a cookieless one, as reported by Forbes.

Apple have also rolled out an update to Safari which disables Google Analytics from tracking users completely.

As a result of all this change in consumer data protection, it was time for Google to release a new version that addressed all the legal concerns whilst reassuring users that they were taking their privacy seriously.

Their solution was Google Analytics 4 or GA4 and they used this opportunity to re-invent how visitors are tracked whilst improving the service offering. We’ll delve deeper into how they did this below.

There are a vast number of differences between GA3 and GA4.

As you can see on the comparison above, they are completely different beasts. For starters, GA4 uses a measurement model based on events and parameters. Whereas GA3 uses measurements based on sessions and pageviews.

This is a major difference in the way GA4 tracks a user and heavily leans on machine learning and statistical modeling to ‘fill in the gaps’ whilst providing additional capabilities at the same time.

In plain language, this means it’s smart. Really smart. Every activity taken by a user will be counted as an ‘event’ in GA4.

What GA4 means for your business, is that you will end up with much more detail on how users are engaging with your website. Especially over a period of time. GA4 is really intelligent and will provide your business far more clarity and certainty than GA3 ever did.

Let’s compare GA3 vs GA4 with the key takeaways

The Dashboard – At first glance, the differences between GA3 and Google Analytics 4 seem enormous as the reporting interfaces are completely different. This is due to many of the reports and metrics you’re familiar with being either replaced or removed. When you first login to GA4, you may also notice considerably fewer reports than with GA3. But not to worry, they will begin to generate once you start tracking events.

Sessions – In GA3, a session is a combination of page views, events and transactions (amongst others) taken by one visitor within a given timeframe. You can think of a session as a container for all the actions a visitor performs while on your website. By comparison, Google Analytics 4 sessions aren’t limited by time at all. Since it doesn’t create new sessions for source changes mid-session, your session count will likely be much lower. But your average session time will likely increase. Also, the average pages per session is no longer measured at all in GA4.

Mobile App Tracking – Mobile app owners, GA4 is a welcome relief for you. You no longer have to measure your apps separately from your websites! With Google Analytics 4, you can accurately track cross-platform data between your website and mobile app. That’s a massive headache avoided, simplifies your tracking efforts and it’s money in the bank too.

Data Retention – The data GA4 stores will expire, at most, after only 14 months. This will be a problem for some organisations who like to retain data over many years. In GA3, you could choose your data retention timeframe: 14 months, 26 months, 38 months, 50 months and ‘do not automatically expire’ which is code for never. But with Google Analytics 4, you only have two options: 2 months and 14 months. While year on year comparisons will still be possible, accessing your historical data will no longer be possible so it’s really important that you export all your reports from GA3 so you can continue to compare in the years ahead. We recommend you do this sooner rather than later. 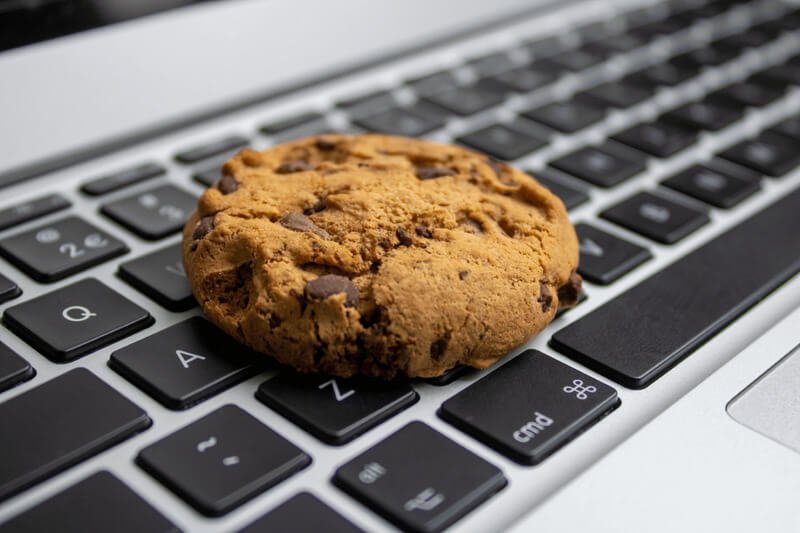 Yes and no. There were rumours that GA4 would be entirely cookieless at launch but this has proven to be false. GA4 still uses cookies by default but it can be setup to avoid them entirely. Should you need this setup please do reach out to us as we can do it for you. But just know, you will lose some functionality.

Not all cookies are created equal and so the issue about cookies isn’t really about whether websites use them or not per se. Such as, to remember the contents of your shopping cart for example. But rather a concern of when websites track you across multiple websites.

Over time, they can learn a lot about you and piece together your personal data. That is where the privacy concerns lie. When cookies track visitors across multiple domains, they are called ‘third-party’ cookies. Third-party cookies are where most people have concerns, and rightly so.

Third-party cookies are often used for things like re-marketing campaigns and spamming. Remember getting an email almost immediately after visiting a website? This was probably because your email address was revealed from the third-party cookies.

Although GA4 cannot solve this problem on it’s own, they are only one piece of the puzzle afterall, it will help to greatly reduce this happening as an 82% market share has a huge influence.

How Do I Migrate to GA4?

The migration for many of us from GA2 (Classic Analytics) to GA3 (Universal Analytics) was relatively painless 10 years ago.

But the migration from GA3 to GA4 isn’t quite as simple. It all depends on how many things like Goals and Events you currently use as they will need to be recreated.

To make things easier, we would recommend that you migrate using 6 key phases. These are:

We will write a separate article on how to migrate from GA3 to GA4 using the 6 phases above. It will guide you through step-by-step how to perform the migration. So, in the mean time, start making a note of your Goals and Events etc.  And although we naturally cannot cover every organisations need, it will satisfy most small businesses who use Google Analytics 3. So stay tuned for this!

At VIEWFULE, we are excited by the release of Google Analytics 4. This is without a doubt, a big step in the right direction. Google are going a long way to address consumer privacy concerns. Whilst adhering to the ever changing world of privacy laws. They also include some exciting new capabilities to provide you with more insight. But there is still a long way to go which is why we offer our own Analytics suite.

AnaTrix Web Analytics Suite offers full privacy protection and much more, whilst being 100% cookieless with the added benefit of you owning all the data 100%. But if you wish to stick with Google Analytics, we will help you get the most from it. So reach our for your FREE consultation and we’ll talk through migrating your GA3 account to GA4 with all the bells and whistles added from the start!

I'm the Founder and Lead Developer at VIEWFULE. Passionate techy and world traveller who loves all things SEO. 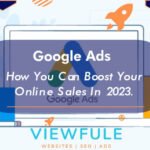 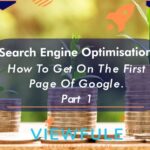 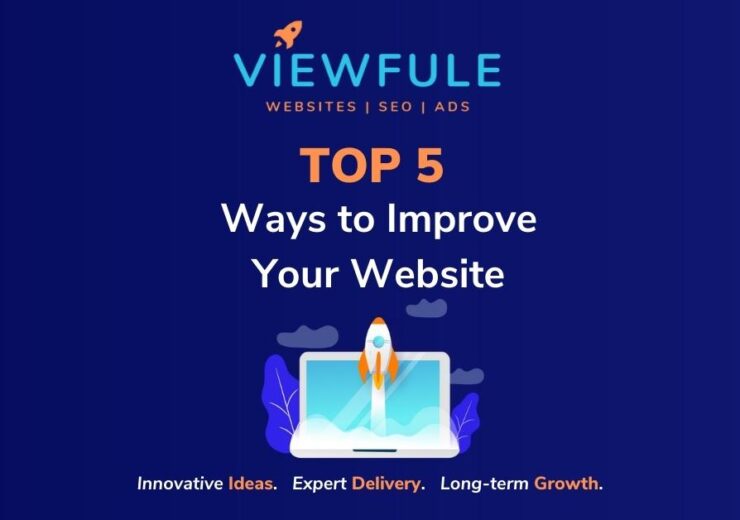 Your website home page is a landing page. It’s where visitors have landed having found... 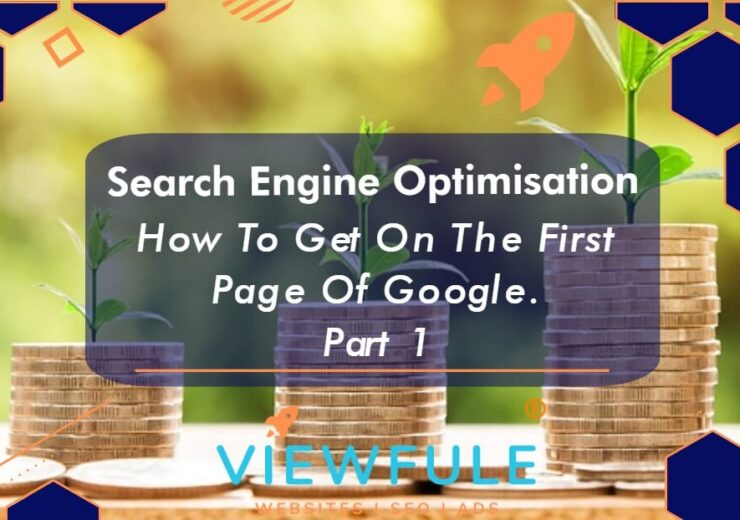 Search Engine Optimisation, or SEO, is arguably the most important way to drive...

Install VIEWFULE on your iPhone

and then Add to Home Screen